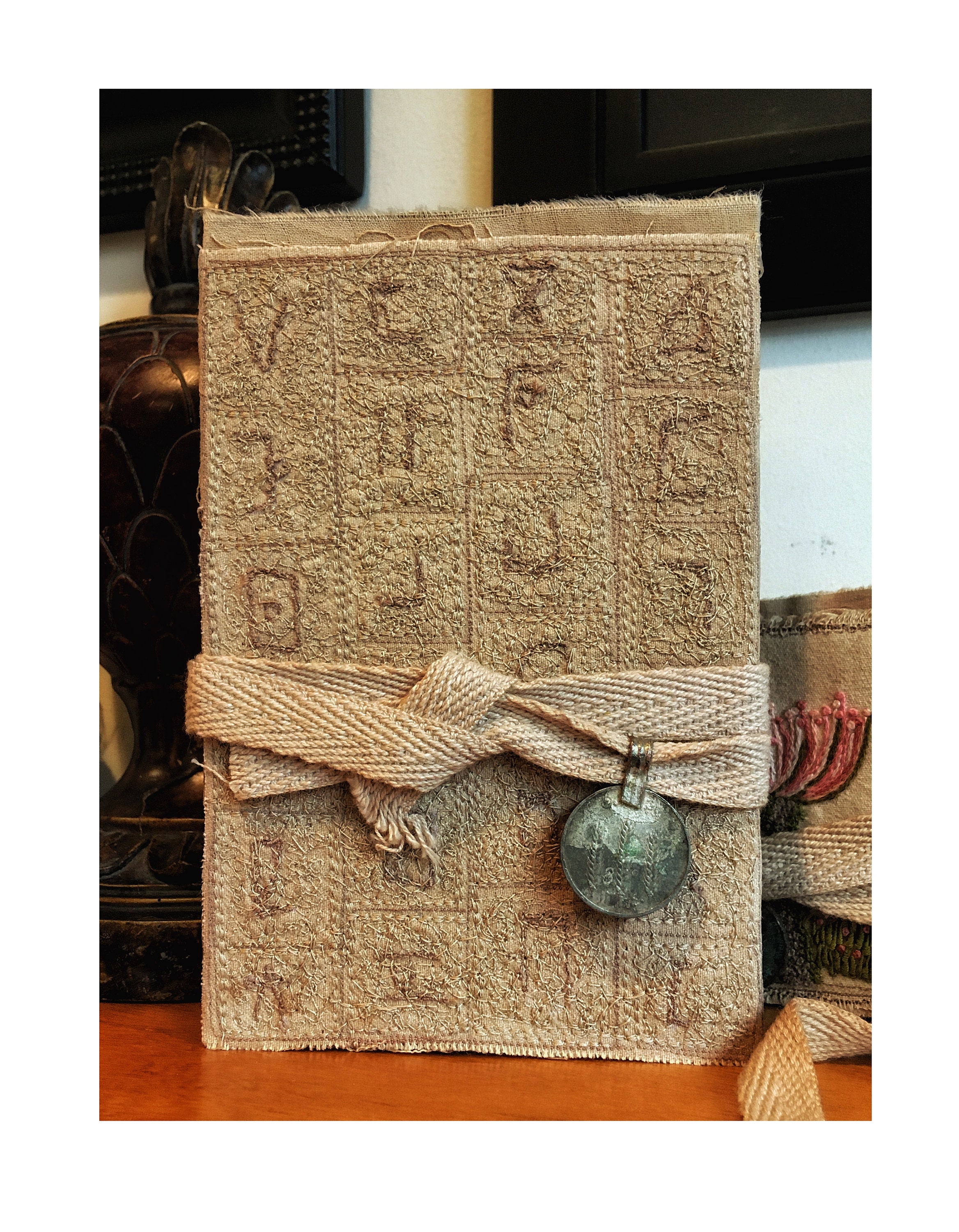 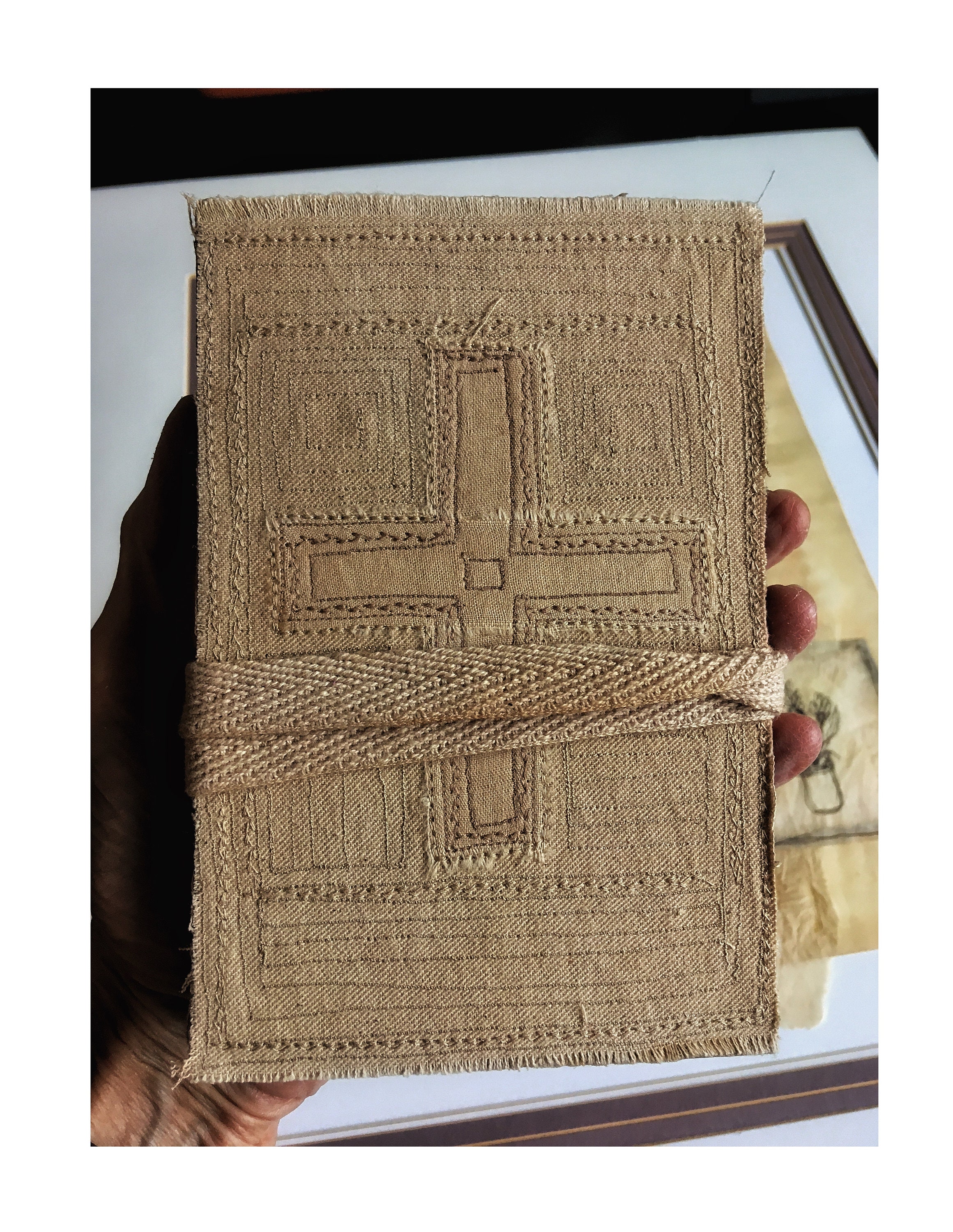 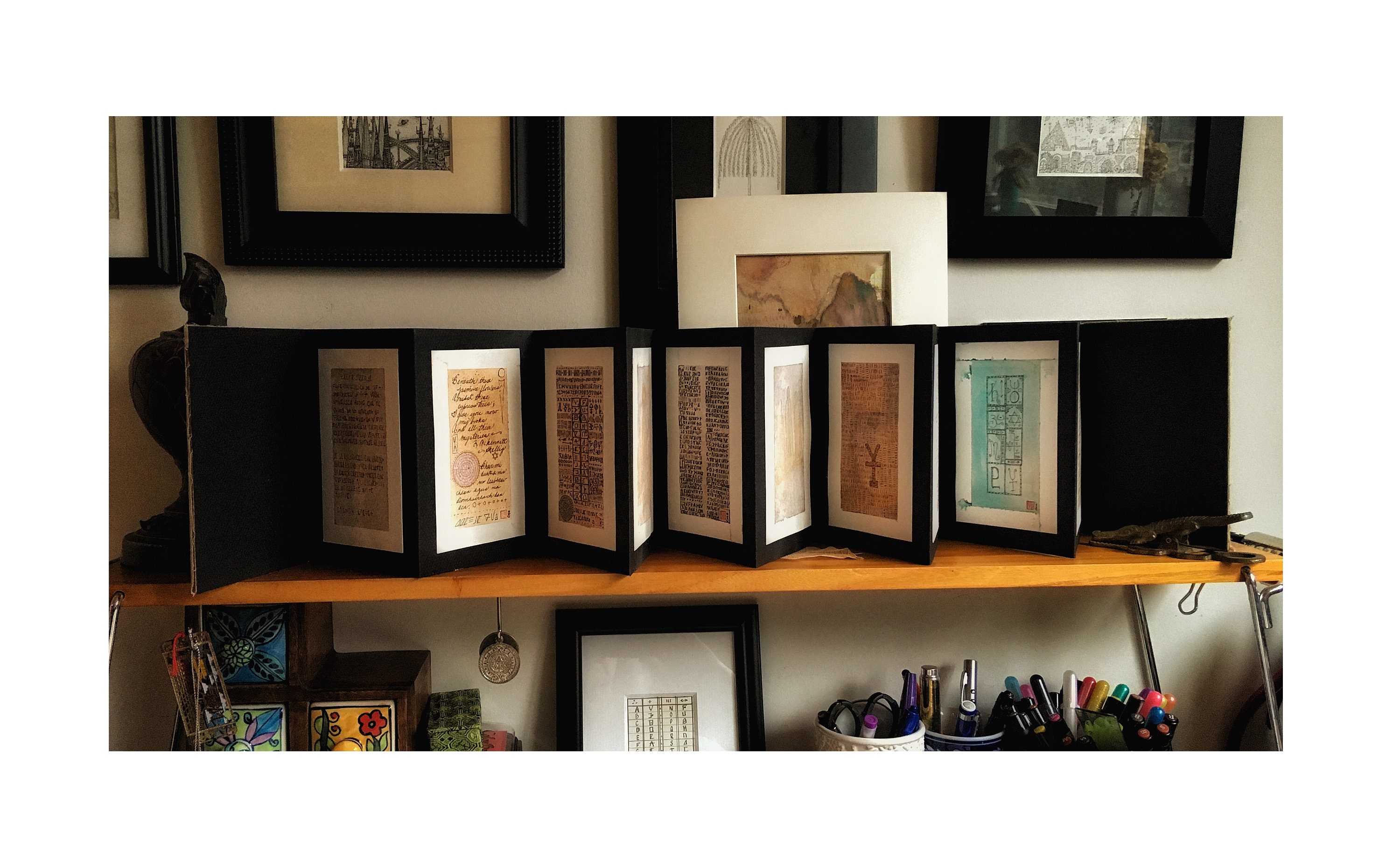 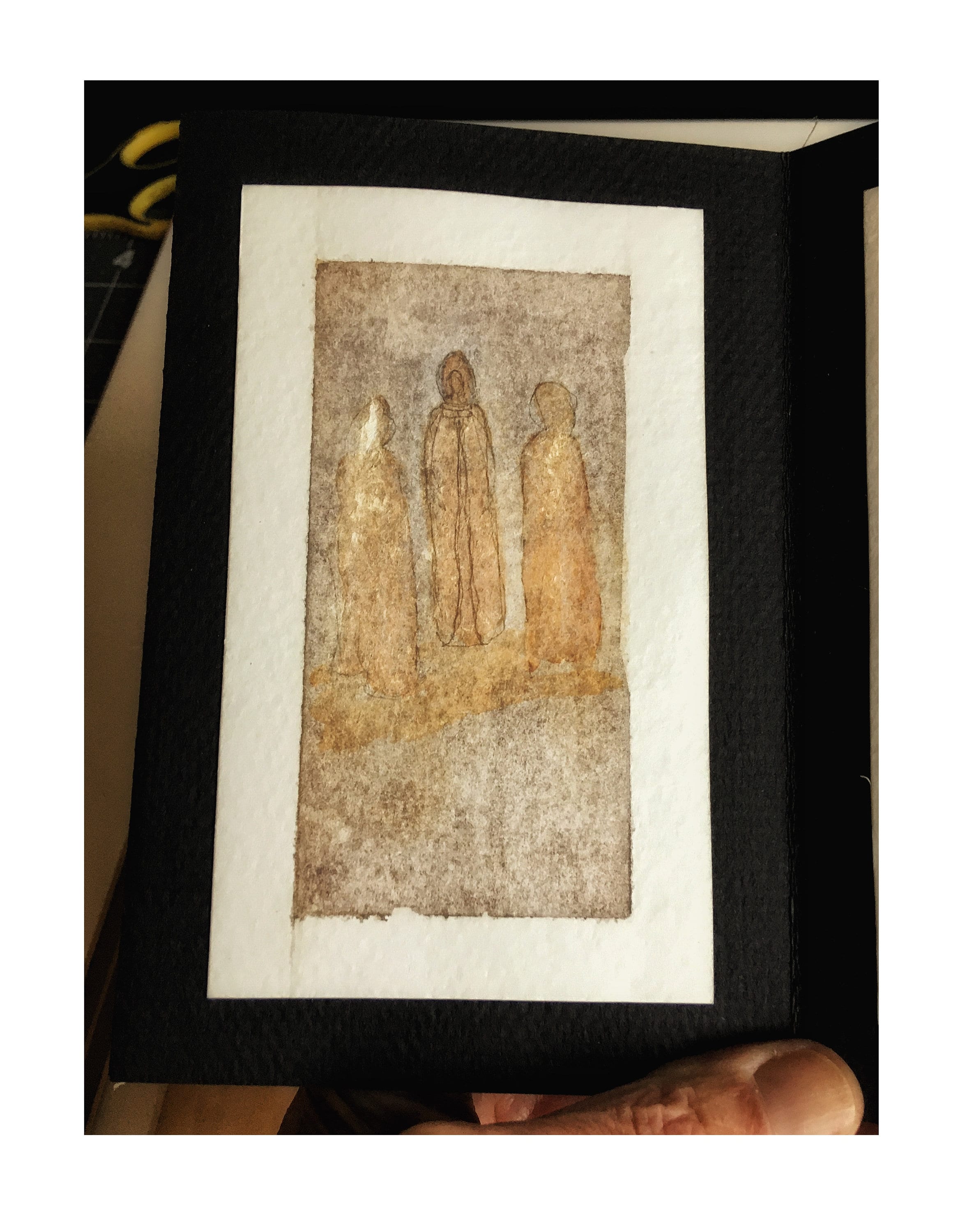 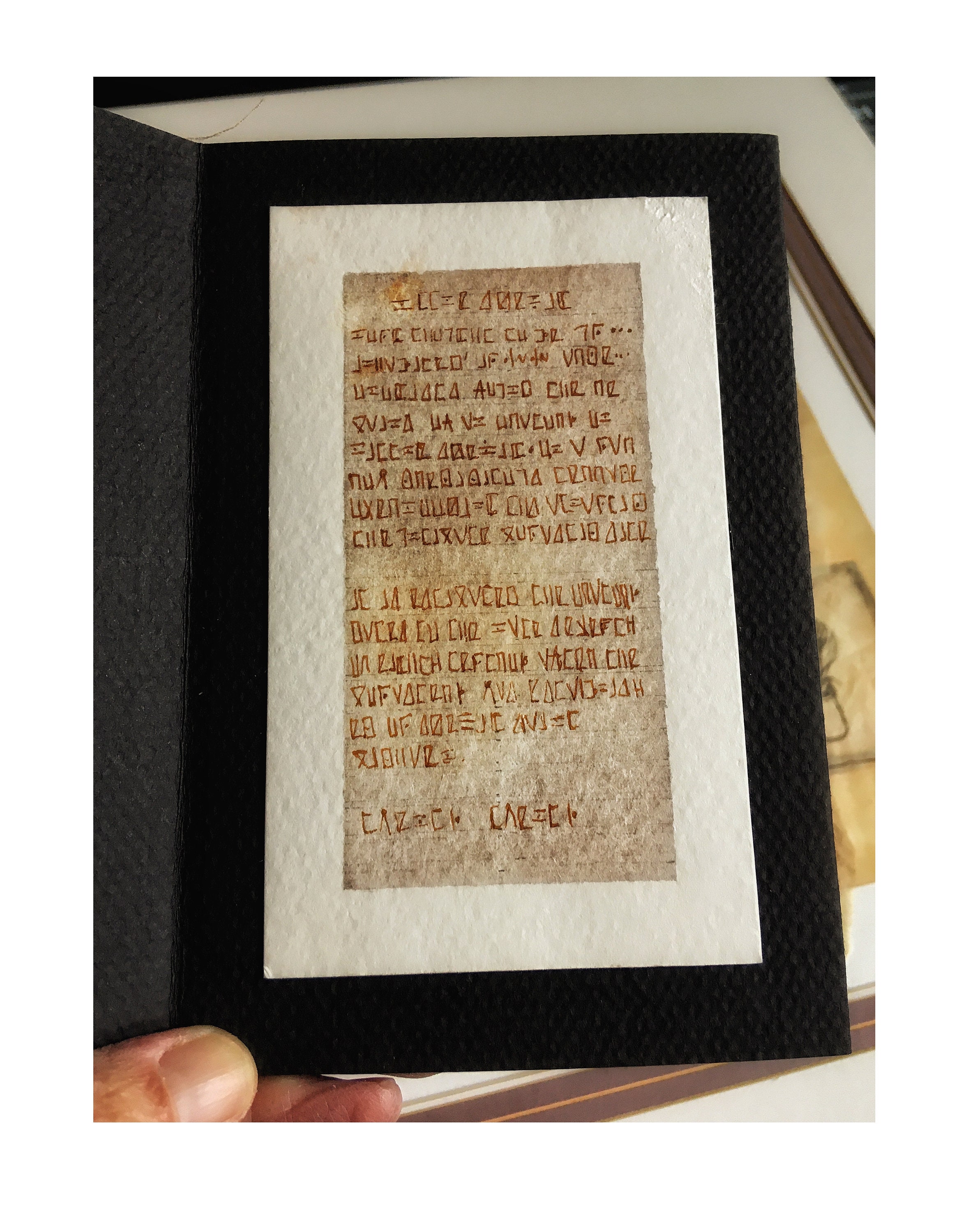 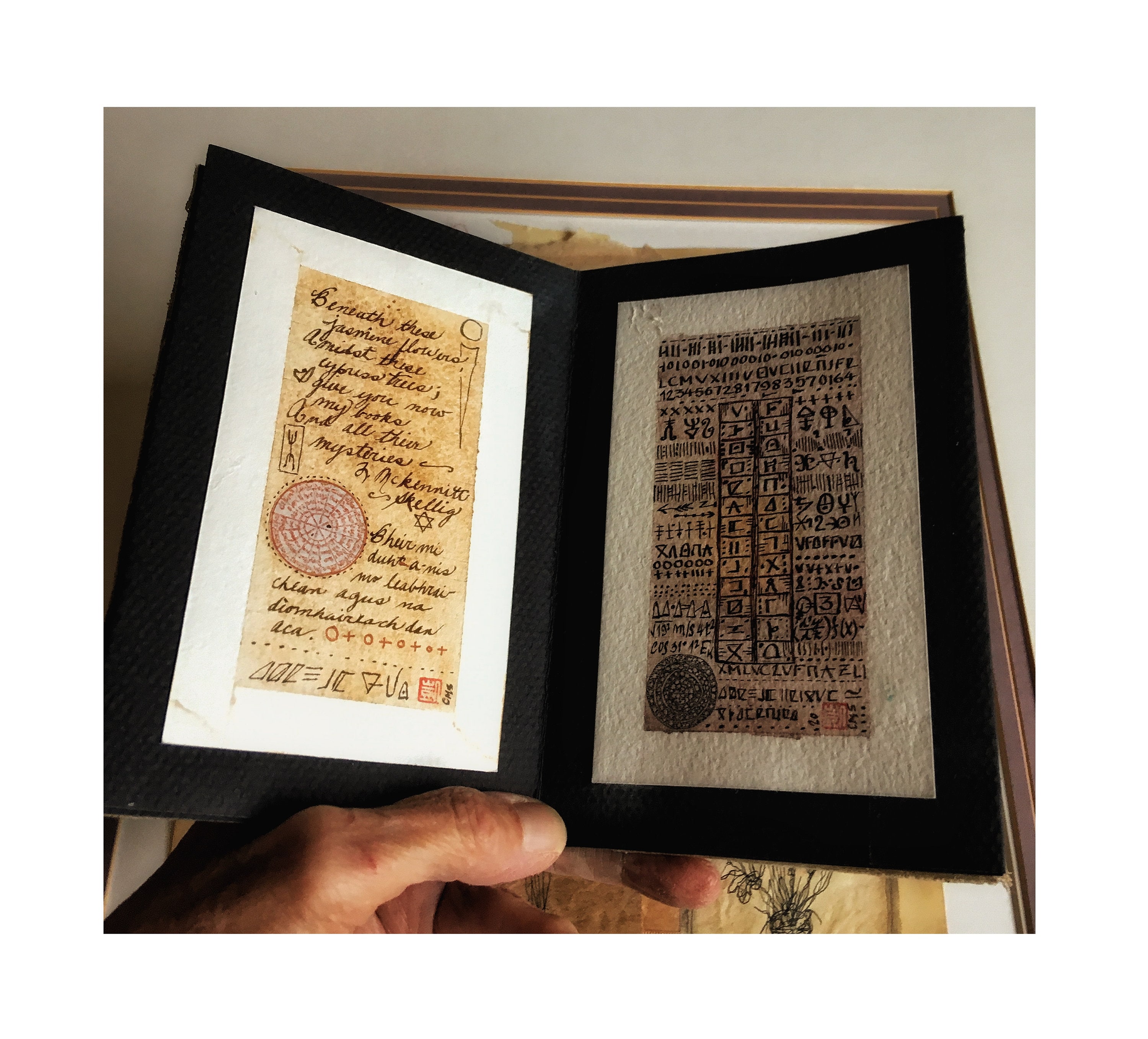 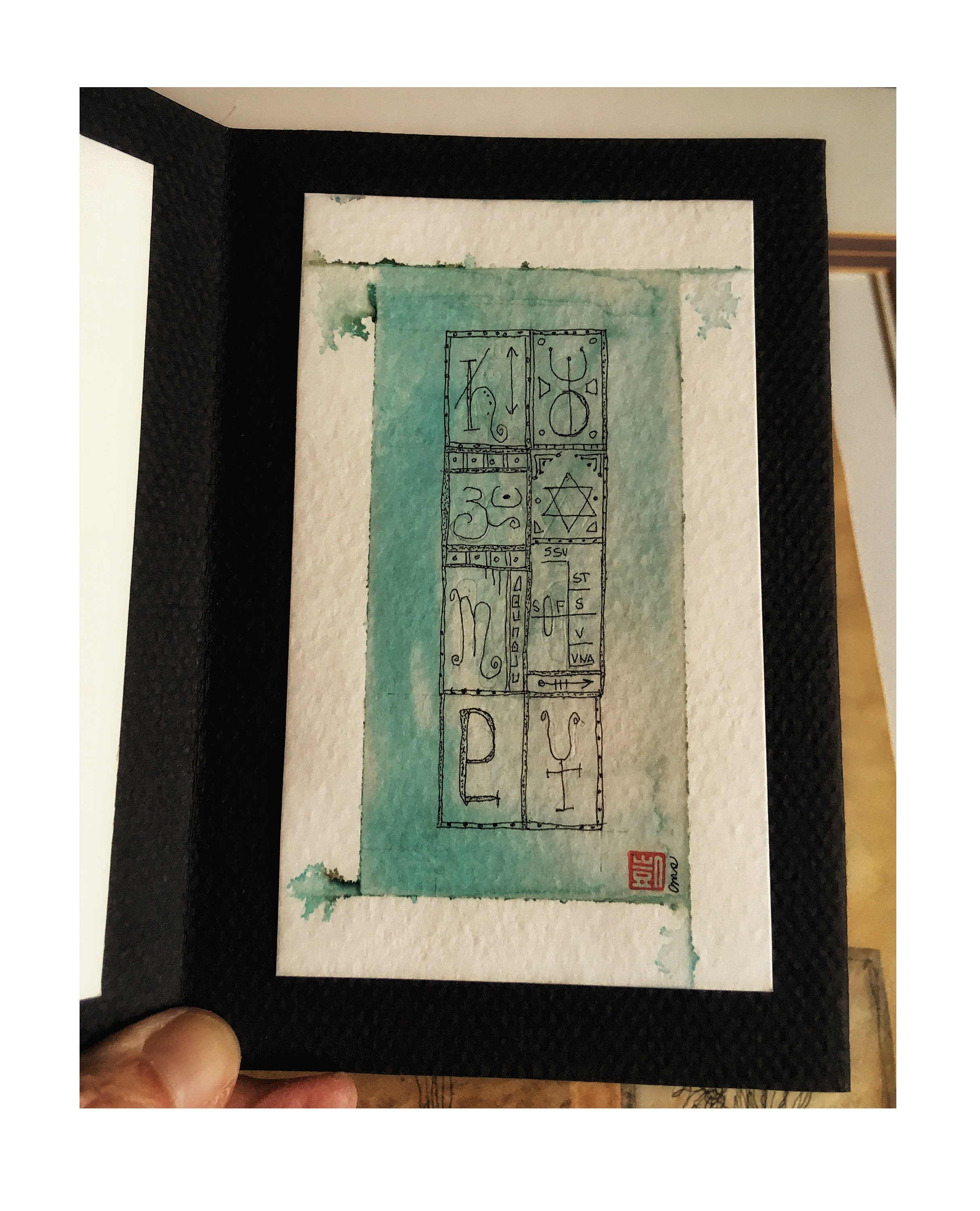 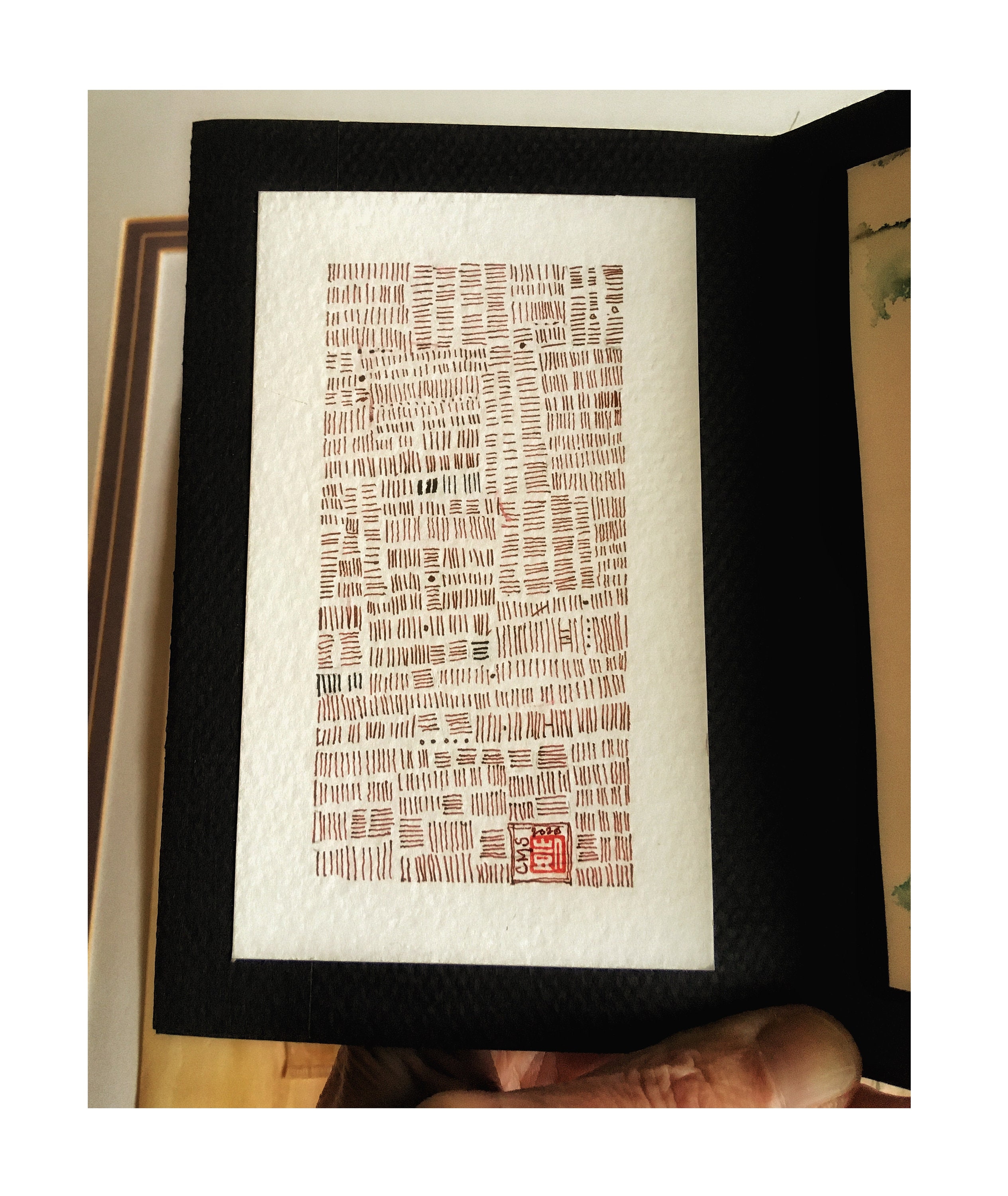 Little Skellig is a remote island located off the tip of Ireland, near to the larger Skellig Michael. Long thought to be historically uninhabited, in 2020, archeologists discovered the remains of an early Christian monastery on Little Skelling, situated on a narrow precipitous terrace overlooking the Atlantic … the ultimate monastic site for redemption, enlightenment and prayer; but also for translating and copying texts and documents, for recording history. It is estimated the oratory dates to the late 7th or early 8th century, after the monastery had been established on Skellig Michael. Although the monastery was Christian, there is a Viking connection. Vikings ransacked the monastery at least twice. There is evidence that a viking king converted to Catholicism and returned to live out his life on Skelling Michael. It is the nexus of the two cultures that interests me and is explored in the artist’s books Skellig and Skellig Minor (a work still in progress).


The hard covers, front and back, are machine stitched. The front cover is made up of densely stitched blocks featuring an obscure alpha code. The back is a stitched primitive modified Coptic cross.

All of the page plates are hand drawn and lettered, mostly in fairly cryptic language, symbols and signs, ten plates in all. They tell pieces of stories of ancient life on remote, rugged island mountains … a life of hardship and isolation; of beauty, reflection and solitude; monastic bliss and brutal conquest.

The book may be displayed folded with covers showing, or completely opened across a shelf or table, with the pages displayed.

Ship items back to me within: 7 days of delivery

Request a cancellation within: 2 days of purchase

But please contact me if you have any problems with your order.

Questions about your order?

Please contact me if you have any problems with your order.

0 items in your cart